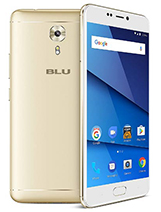 BLU has announced its latest Vivo 8 smartphone. This device was announced in August 2017, and the current status is Available in the America, the release date of the device is 2017 August. Dimensions is 154.50 x 76.50 x 8.30 with 180 g (6.35 oz) weight, the latest device consists on Single SIM. The smartphone comes with several colors like Black, Gold.

The built-in memory is 64GB you can increase your device memory using Micro SD card microSD, up to 64GB, and 4GB RAM.

BLU Vivo 8 smartphone has a listing price starting from $229 in the America,

The latest device is powered by MediaTek Helio P10 which runs on Android 7.0 (Nougat) OS. The device has powerful CPU like Octa-core 2.0 GHz Cortex-A53, with GPU Mali-400 is also awesome for navigation.

The primary camera of the device is 13 Megapixels, autofocus, LED flash, while the secondary camera is 16 Megapixels for selfie pictures. The Vivo 8 camera features are Geo-tagging, touch focus, face detection and video quality of the phone is [email protected]

The BLU Vivo 8 has Wi-Fi 802.11 a/b/g/n, dual-band, hotspot with 4.1, A2DP and A-GPS for best navigation. Vivo 8 comes with microUSB 2.0 USB to connect your device with PC, and it has several sensors such as Light sensor, Proximity sensor, Accelerometer, Compass, Gyroscope.

The Vivo 8 is equipped with the biggest Non-removable Li-Po 4010 mAh battery.